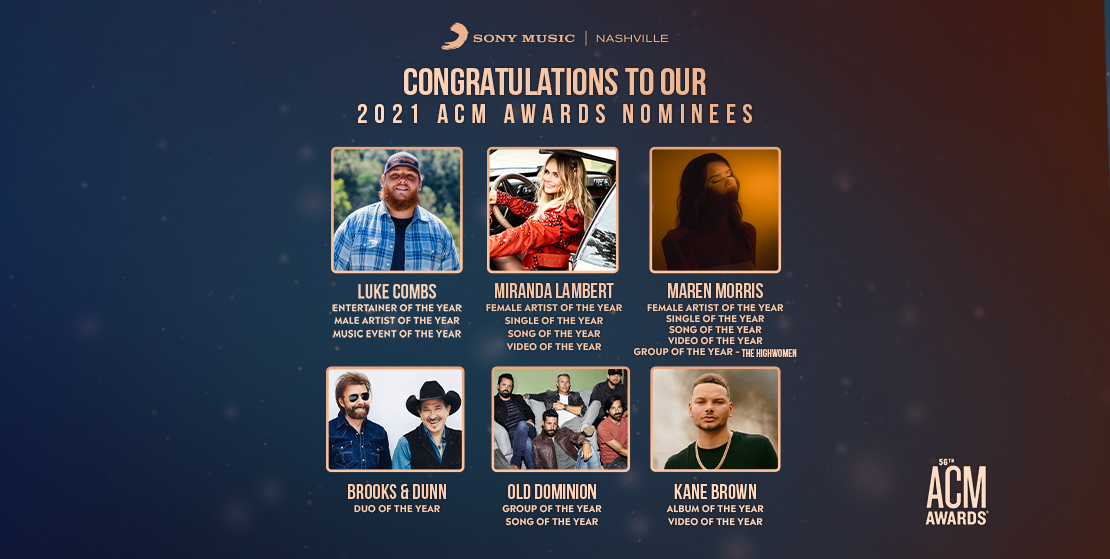 Lambert continues her run as the most nominated female in ACM history and is nominated for Female Artist of the Year, a category she has won a record-setting nine times. Her No. 1 hit single “Bluebird” is also nominated for Single, Song, and Music video of the Year. Lambert also receives an additional nomination as a co-writer on the track.

Combs is again nominated for Entertainer and Male Artist of the Year, the latter Award he took home in 2020. He also earned his first nomination for “Music Event of the Year” for his No. 1 hit “Does to ME” featuring Eric Church. Should Combs be named Entertainer of the Year, he would also receive ACM’s Triple Crown Award.

Brown earns ACM Album of the Year and Music Video of the Year nominations for Mixtape Vol. 1 and “Worldwide Beautiful,” respectively.

Old Dominion are again nominated for Group and Song of the Year (“Some People Do”), where they are the reigning winners. The group’s Matthew Ramsey also earns a songwriting nomination for “Some People Do.”