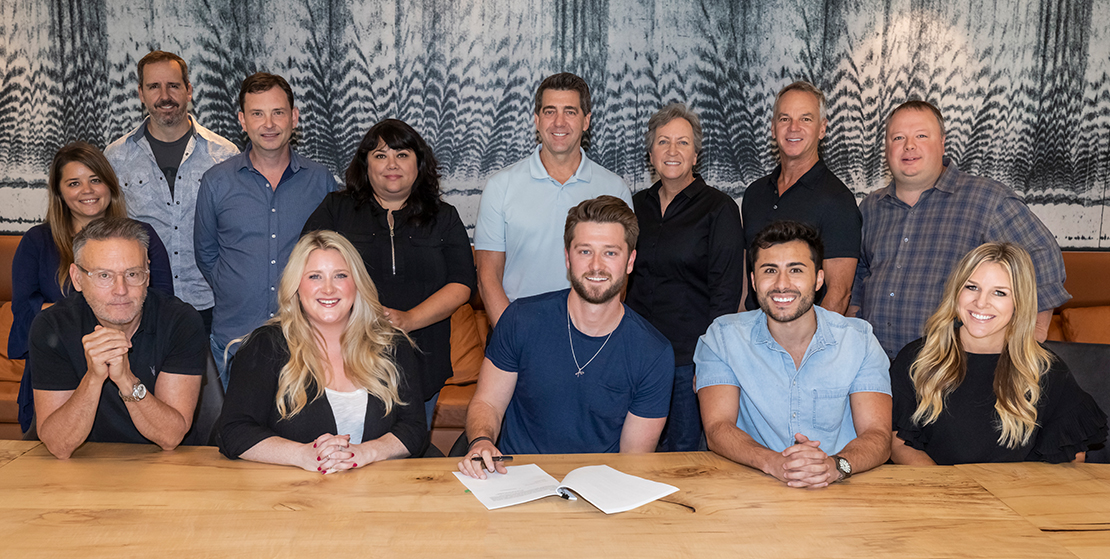 Sony Music Nashville announces the signing of singer/songwriter Adam Doleac to the Arista Nashville imprint. Doleac’s “Famous,” which he co-wrote with Andy Skib and Bobby Hamrick, will officially ship to country radio as his first Arista Nashville single on Dec. 16.

A co-writer of songs recorded by such stars as Kane Brown, Darius Rucker, and Hootie and the Blowfish, Adam Doleac has staked his claim as one to watch in Nashville. Dubbed “the hero country needs” by Popdust, he has toured with Carrie Underwood, Chris Young and Kane Brown, among others. Doleac’s music has been described by Rolling Stone as “anchored not only in the trends of Top 40 radio, but also the blue-collar grit of Bob Seger and the bluesy influence of his Mississippi hometown.”

A Hattiesburg, Mississippi native, Doleac became impassioned with music in college. He received a scholarship to the University of Southern Mississippi where he not only played baseball, but wrote songs with his teammates and learned to play guitar. After he began playing hometown area gigs, Doleac posted a performance of one of his songs on YouTube which accrued millions of views and the attention of Sony/ATV Music Publishing.