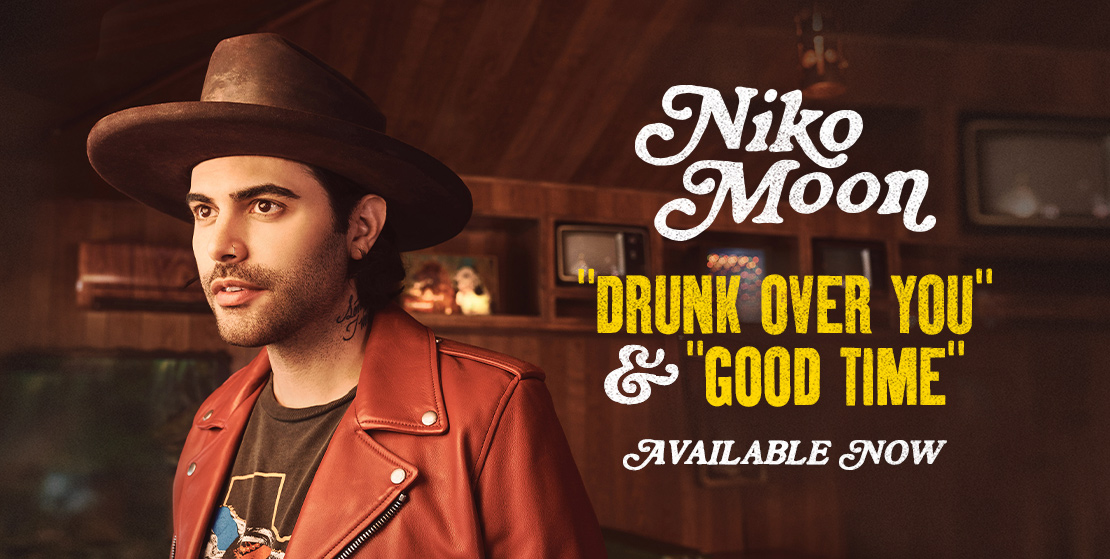 Sony Music Nashville announces the signing of Niko Moon to the RCA Nashville imprint, and, instantly provides fans the opportunity to hear his music. An adventurous country entertainer, Moon has an enduring optimism and a flair for challenging boundaries as evidenced by “Good Time” and “Drunk Over You ,” two tracks available now from his forthcoming debut EP.

“I’m so excited to be announcing my partnership with Sony/RCA, CAA and Make Wake/River House today!” says Moon. “Their reputations speak for themselves and their belief in me is truly humbling. I believe that a person is only as strong as the people they surround themselves with, and with this team the sky is the limit!”  Due to release later this year, his debut EP will consist of music co-written and co-produced by Niko Moon that embodies the judiciously layered synthesis of his Georgia roots, pairing Atlanta-bred hip-hop and rural-fed traditional country. Moon is a longtime collaborator with fellow Georgian Zac Brown and is credited on five #1 Zac Brown Band hits: “Loving You Easy,” “Homegrown,” “Beautiful Drug” and “Keep Me In Mind” – plus “Heavy Is The Head,” which topped the rock charts with Chris Cornell singing lead. He also co-wrote Rascal Flatts’ hit, “Back To Life.”

A Texas native who relocated to Douglasville, GA at age 10, equidistance from hip-hop hub Atlanta and country breeding ground Newnan, GA (Alan Jackson, Travis Tritt), inspiring Moon’s artful persona: a mix of hooky melodies, shrewd wordplay and edgy, electronic beats. “Good Times” was co-written by Niko Moon, Anna Moon and Josh Murty and “Drunk Over Me,” by the same three co-writers in addition to Jordan Minton and Mark Trussell. Both songs are available at all streaming and digital services.