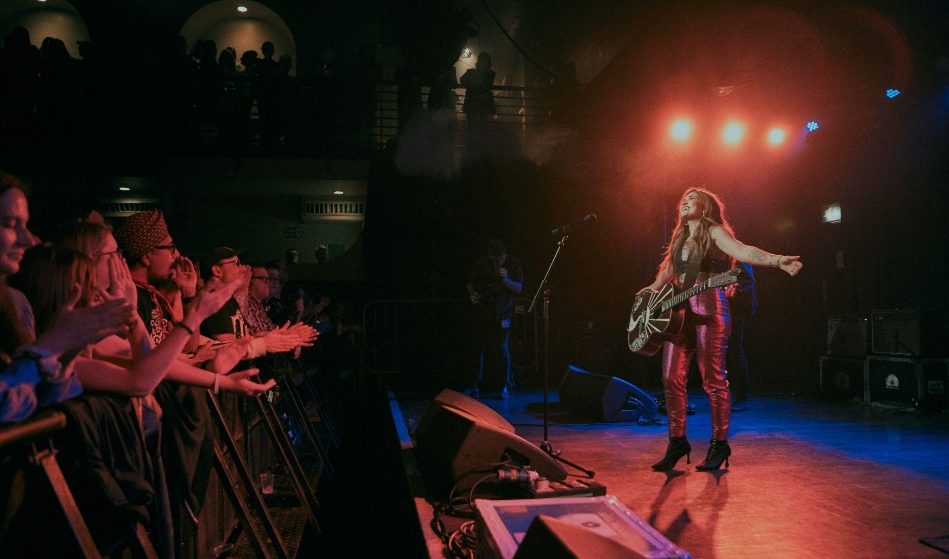 Reigning CCMA Entertainer of the Year Performs in Australia, Ireland, the U.K., Netherlands and Germany with Multiple Sold-Out Shows

The European leg of the tour began at the Workman’s Club in Dublin, where Townes played an intimate acoustic set, which Lonesome Highway hailed as “one of those shows where you knew that it was special to be in the room.”

In Belfast, BRELAND joined Townes on stage for a special performance of their song “Shared Walls” off her latest project, Masquerades. Watch a clip HERE.

The remainder of her U.K. dates – Glasgow, Bristol, London and Manchester – were all sold-out, but taking to herInstagram and TikTok, Townes shared the story of how the show almost didn’t go on when her tour manager/driver fell ill and was unable to drive her and her bandmates to the next city. However, as Townes said, “there are really good people in this world and people who are willing to be a friend and lend a helping hand” as Catalin Toma, a Romanian hotel chef in Penrith, kindly dropped everything to drive Townes, her crew and band to Bristol and London.

“I’m so in awe of the incredible audiences I got to hang out with around this beautiful world… music truly is a universal language and it moved me to tears multiple times on this tour hearing people singing along to these songs in so many different places,” shared Townes. “It felt like we’re all neighbors. I love our community of music lovers and I can’t wait to keep travelling around this world and witnessing the way these songs keep bringing us together. I had the best time and it’s truly been a run of some of my favourite shows I’ve ever played.”

The renowned songwriter and performer, who most recently released her heart-breaking new release “The Last Time,” will continue her SAME ROAD HOME TOUR in the U.S. and Canada before embarking on the SIDE A + B TOUR in January. More info and tickets are available here.